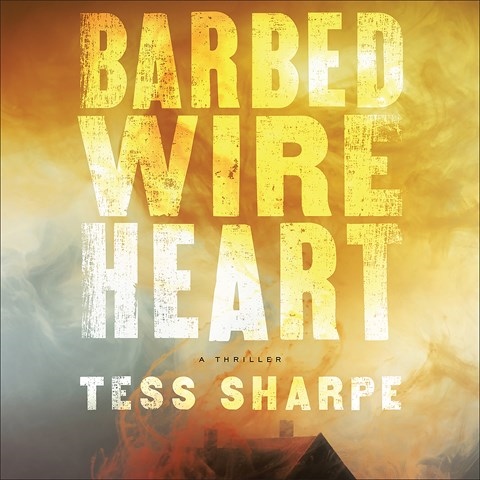 Narrator and author Tess Sharpe's debut story of backwoods crime and the ongoing struggle to survive against powerful rivals is enhanced by her emotional and evocative delivery. Harley McKenna has been involved in the family crime business since she was 16. Sharpe's voice mimics the existential terror of a teenager who is forced into life-or-death situations when she's too young to fully understand the ramifications of her and others' actions. Sharpe captures Harley's dread of the future, when she'll likely have to take over the drug-dealing empire. But it's the love of family that drives Harley, and Sharpe's narration depicts this with perfection. Overall, Sharpe transmits the tension and matter-of-fact violence of Harley's life with an intensity rarely heard in audiobooks. R.O. Winner of AudioFile Earphones Award Â© AudioFile 2018, Portland, Maine [Published: APRIL 2018]