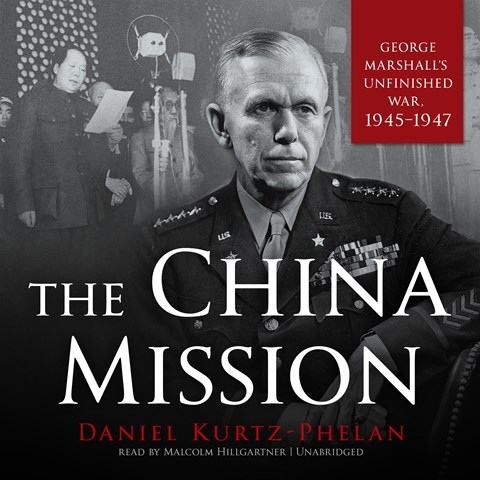 Malcolm Hillgartner's bass pitch and stately American tone sound like the mid-twentieth century, and this is a very mid-twentieth-century story. In late 1945, immediately after engineering the Allied victories in WWII, Army Chief of Staff George C. Marshall was directed by President Harry S. Truman to lead a special mission to China to negotiate a coalition government between the Nationalist Army, led by Chiang Kai-shek, and the Communists, led by Mao Zedong. It was supposed to be a short, uncomplicated task, but as months of mediation failed and civil war loomed, the listener can hear in Hillgartner's voice that the United States was headed for a major diplomatic setback and the first stages of the Cold War. B.P. © AudioFile 2018, Portland, Maine [Published: JULY 2018]