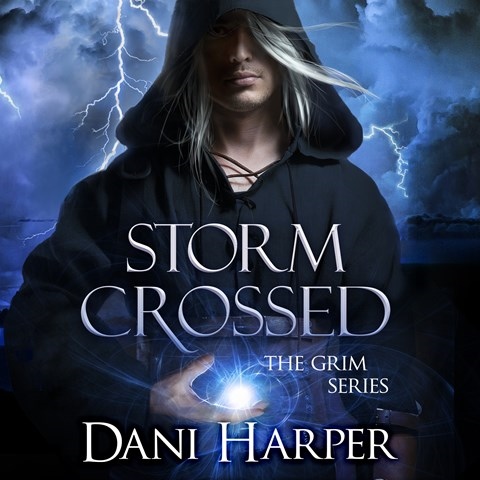 In this audiobook, Trahern and Braith are trying to escape the fae world. But Braith has been changed into a "grim," a death dog, and Trahern desperately uses his magic to try to reverse the spell. They land in Lissy's home, where Braith (still in dog form) guards Lissy's young son, Fox, who has Asperger's. Trahern's goal is to train Fox in the magic he will soon need, all the while avoiding his odd attraction to Fox's mother. Narrator Justine Eyre gives Trahern a captivating Welsh lilt, which contrasts with Lissy's very American-sounding accent. Eyre enhances Fox's boyish voice by giving him a delightful California surfer way of saying "dude." Both mortals and immortals have melodious yet easily identifiable accents that provide listeners with quick character identification. A.M.G. © AudioFile 2018, Portland, Maine [Published: FEBRUARY 2018]