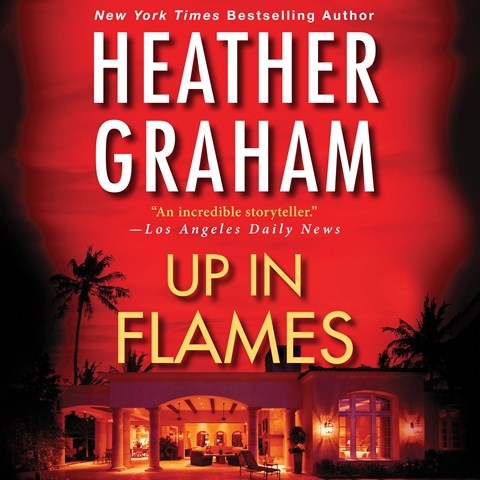 Rock legend Jordan Treveryan’s band and his marriage to singer-songwriter Kathy imploded after the mysterious and fiery death of his drummer, Keith. Now, 10 years later, as he plans a reunion with a reluctant Kathy and the rest of the band, ominous threats make him determined to learn the truth about what happened. Narrator Tanya Eby’s energetic treatment of the dialogue thrusts the listener into Jordan and Kathy’s magnetic connection as it smolders with each tantalizing interaction. She captures the past and present of these ‘90s rock stars with an inviting flow as they travel from New York to Jordan’s stylish compound on Star Island in Florida. This romantic thriller hits all the right notes. S.H. © AudioFile 2018, Portland, Maine [Published: JULY 2018]