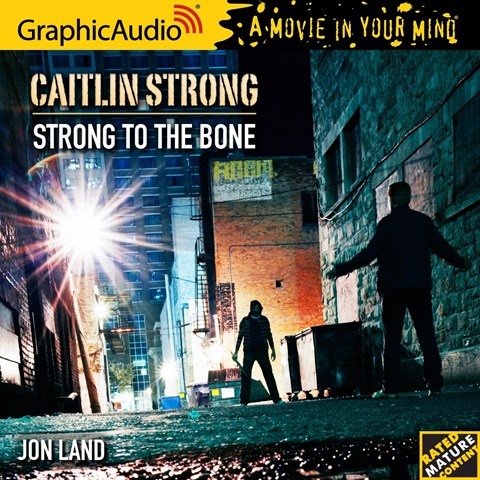 STRONG TO THE BONE Caitlin Strong 9

by Jon Land | Read by Colleen Delany and a Full Cast

Colleen Delany narrates this complicated story of neo-Nazis, drug dealing, rape, and murder, set in Texas in 1944 and the present day. Fifth-generation Texas Ranger Caitlin Strong investigates mysterious deaths that lead back to Armand Fisker, who was marketing a bioweapon and was possibly descended from a Nazi prisoner. She's also involved with Cort Wesley Masters, who is her lover despite his being an outlaw. The ensemble cast uses a wide range of Southern and Texan accents, which contrast audibly with the subtle accent of the British investigator and the broad, flat tones of J. Edgar Hoover, who are featured in the 1944 segments. A plethora of sound effects, including riots, pacing cowboy boots, music, and sirens, animates Caitlin Strong's ninth Western murder mystery. M.B.K. © AudioFile 2018, Portland, Maine [Published: AUGUST 2018]