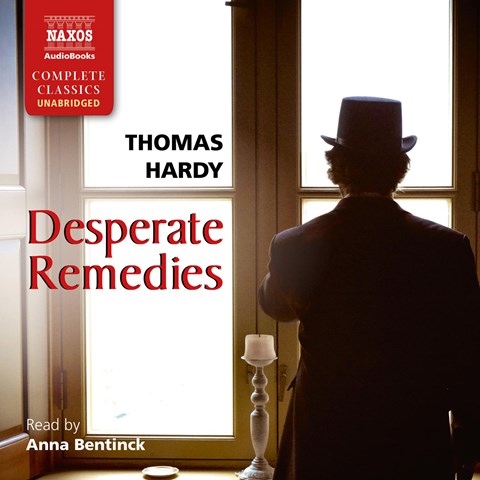 Anna Bentinck valiantly works to keep Thomas Hardy's early story of love and deception consistently compelling. An unconventional narrator, Bentinck takes pauses in unusual places, injecting a note of spontaneity into Hardy's occasionally hard-going descriptive passages. Hardy's story is highly character driven, and while Bentinck's style doesn't quite make the most of the variation in character, her dignified portrayal of each of the cast proves empathetic and humanizing, thereby grounding the drama in realistic emotion. Though she occasionally resorts to slightly hammy accents, her sensitivity to the mental state of the characters is charming and engaging, and drives the listener through the stodgier sections of Hardy's prose. This proves all the more rewarding once the plot picks up and the book itself becomes irresistibly interesting. Z.S. © AudioFile 2018, Portland, Maine [Published: DECEMBER 2018]