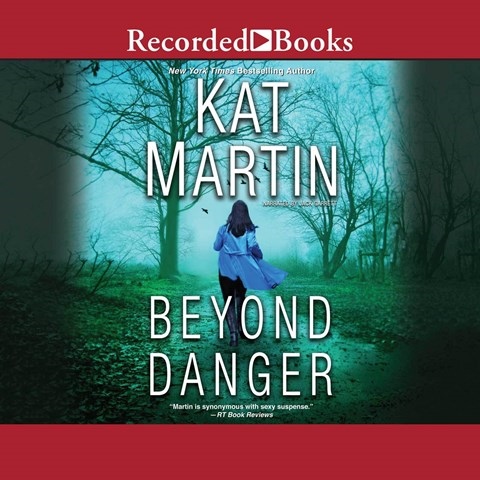 A new baby half-sister quickly sets the scene in this romantic suspense, the second in Martin's Texas Trilogy. Jack Garrett perfectly enunciates a variety of voices in his narration. Beau Reese can't believe his 60-year-old father got a 19-year-old pregnant. Confronting his father at home, Beau meets Cassidy Jones, whom he mistakenly assumes is his father's newest mistress. However, the beautiful, clever Cassidy is a smooth-talking private investigator who is working undercover for Beau's dad. The sexy low timbre that Garrett gives Beau works well with the higher pitched and softer cadence he uses for Cassidy. Combining forces and sharing a bed, the pair launch their search for a killer who puts them in his sights. Garrett helps create a superior audiobook. A.M.G. © AudioFile 2018, Portland, Maine [Published: MARCH 2018]