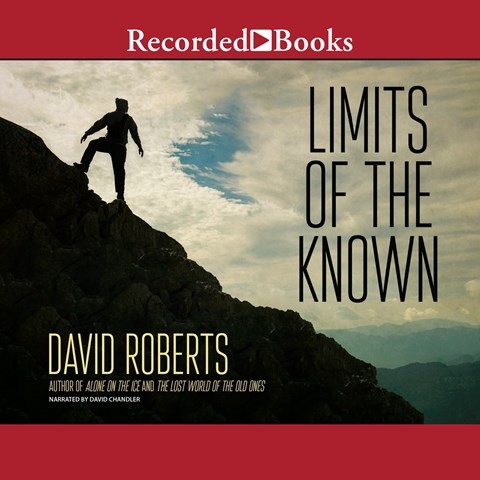 LIMITS OF THE KNOWN

David Chandler gives this inspiring story a nuanced performance. The autobiographical narrative weaves from author/explorer Roberts's lifelong exploits in nature--scaling peaks, running rivers, backpacking into remote places--to his current challenge fighting a virulent cancer. The history of mountain climbers and their trailblazing is lovingly detailed. A famed climber, Roberts helped name a mountain range, and the Alaskan ranges are almost a character in this audiobook. In his well-crafted reading, Chandler wisely avoids too much intensity while re-creating Roberts's daring adventures. His delivery seems particularly suited to memoir. The author has lived, explored, and tested himself against some of the planet's most challenging places. Yet in the end, the adventurer dwells neither on his infirmities nor his achievements. Instead, he movingly celebrates his five-decade-long marriage. A.D.M. © AudioFile 2018, Portland, Maine [Published: APRIL 2018]