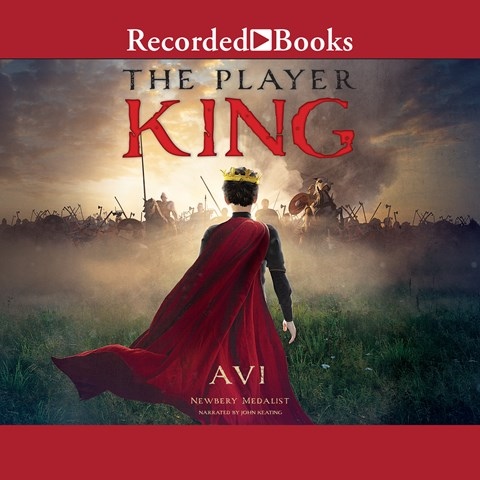 by Avi | Read by John Keating

Narrator John Keating's breezy tone and British accent bring authenticity to this Tudor story by Avi, king of children's historical fiction. Young Lambert is plucked from his life as a kitchen boy in a tavern cellar, where he lives "like a rotten turnip," and with breaktaking speed finds himself seated on the English throne. Keating keeps Lambert's perspective convincingly light and astonished without making him sound too young. In stark contrast, Keating's voice booms with hostility when he's speaking as any of the handful of adults who control Lambert's world. Keating captures Lambert's humor and good nature and adds vivacity to Avi's otherwise straightforward prose. Even when the action descends into bloody battle, Keating provides just the right level of intensity for a story intended for younger ears. S.T.C. © AudioFile 2018, Portland, Maine [Published: FEBRUARY 2018]