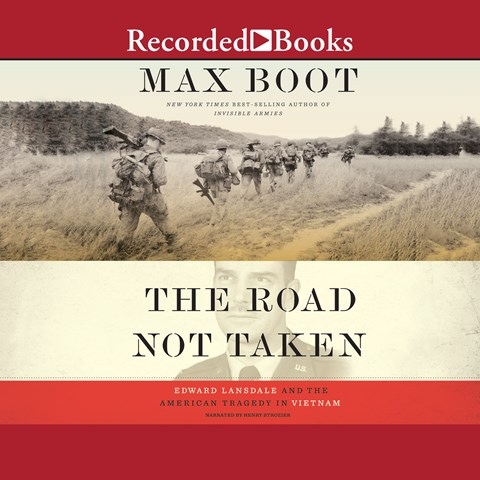 Henry Strozier's easygoing delivery and resonant voice work well in this account of the life of CIA operative Edward Lansdale. The work focuses on the two decades from the French defeat at Dien Bien Phu to the ignoble fall of the Republic of Vietnam in 1975. Using documents and interviews, Boot argues, quite persuasively, that Lansdale's methods, which had been proven in the Philippines and were showing success in Vietnam, were potential war winners that were crushed by the bureaucracies in the Defense and State Departments. Though this production is long, Strozier's narration captures the listener's attention. He enunciates well, and his voice, though somewhat gravelly, is clear, easy to understand, and suitably expressive. M.T.F. © AudioFile 2018, Portland, Maine [Published: MAY 2018]