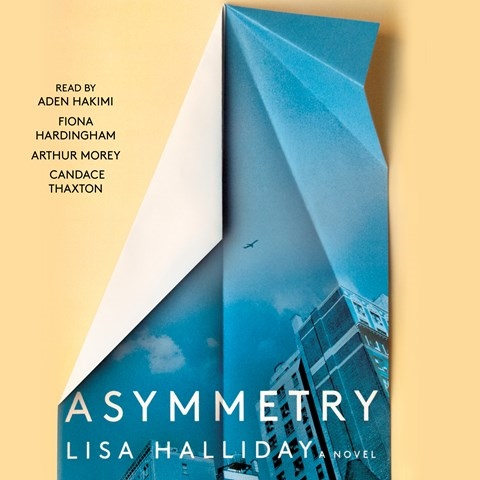 Four narrators breathe life into Lisa Halliday's thought-provoking and elegant novel. Of the four, Candace Thaxton is the most effective; her youthful voice brings warmth and wry humor to the story of an editorial assistant's relationship with an award-winning writer several decades her senior. Aden Hakimi, recounting the harrowing subplot of an Iraqi-American man who is detained on a trip to see his brother, also gives a engaging performance, adroitly capturing the character's seemingly calm demeanor while hinting at the turmoil beneath. Unfortunately, the final and shortest section, written as an interview between the award-winning writer (Arthur Morey) and a radio host (Fiona Hardingham), feels staged and unnatural. This small misstep aside, the audiobook is an appealing listen. E.C. © AudioFile 2018, Portland, Maine [Published: APRIL 2018]