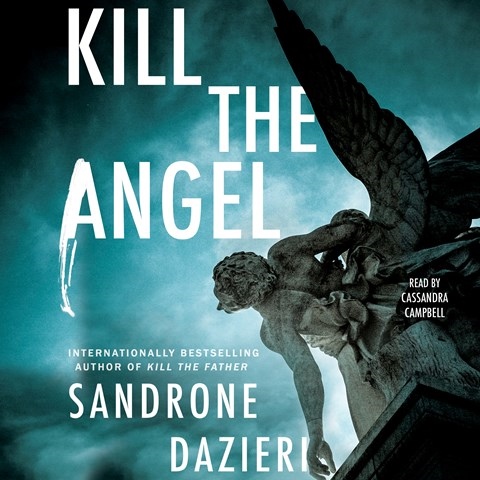 In the prologue of the second book in Dazieri's series, narrator Cassandra Campbell introduces three people who are imprisoned in a concrete silo, one of them called "the girl." Years later, a lethal gas massacre takes place on a high-speed train, with ISIS claiming responsibility and threatening more to come. Enter Colomba Casselli, Rome's deputy police commissioner, and her eccentric partner, Dante Torre, who both think something about the ISIS connection is off. Campbell is inimitable delivering Dante's idiosyncrasies. Her Colomba is compelling as she worries about the conflict between protecting her career and following her instinct. Campbell proves an incomparable guide, although the story's breathtaking climax circles back to KILL THE FATHER (2017), so listeners may wish start at the beginning for full enjoyment. S.J.H. Winner of AudioFile Earphones Award © AudioFile 2018, Portland, Maine [Published: MAY 2018]