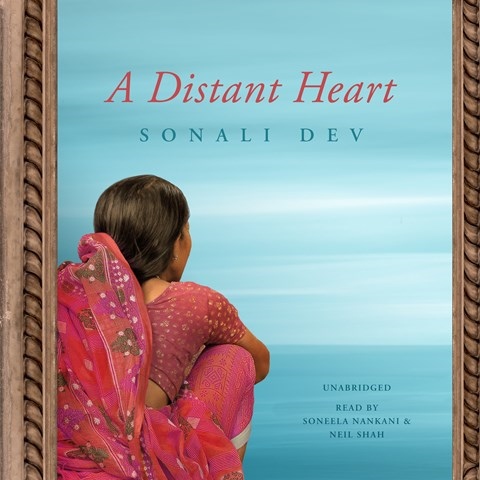 In Mumbai, wealthy 11-year-old Kimi Patil, who is terminally ill, meets 14-year-old Rahul Savant, who must help take care of his family by washing windows at her family home. A friendship blooms. Narrators Soneela Nankani and Neil Shah give color to the voices of these star-crossed characters. Nankani gives Kimi with a strong, educated British-Indian accent, which sometimes morphs into a playful American accent as she grows into adulthood. Shah captures Rahul, who has been thrown into the role of an adult, as scared yet rigid and ever grateful for the mentorship of Kimi's father. Rahul's voice matures, and he speaks with growing authority as he rises in the ranks of the police force. Kimi's heart transplant reveals the depths of cruelty and love needed for two people to find each other. It's Bollywood in an audiobook. A.M.G. © AudioFile 2018, Portland, Maine [Published: JANUARY 2018]