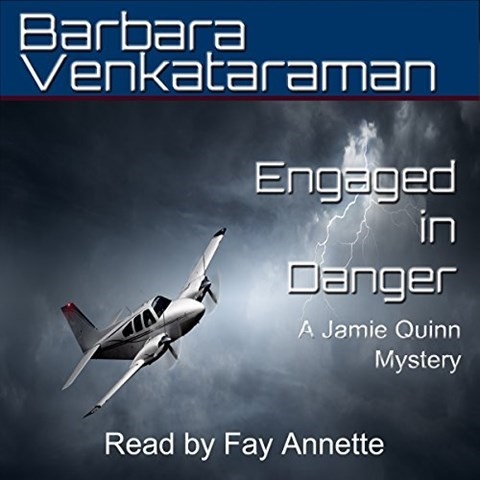 New to this series, narrator Fay Annette smoothly portrays Hollywood, Florida, attorney Jamie Quinn and her ordinary yet engaging life. Quinn is surprised to be approached by Nan Glasser, the wife of Hollywood's hotshot lawyer, to handle her divorce. Grace, Quinn's friend who helps with the legal work, sounds whip-smart and sassy, while P.I. Duke Broussard, with his hilarious Louisiana drawl, tackles the grittier parts of the case. Listeners will be impressed as Quinn tries, at personal risk, to determine if a plane crash that killed several of her neighbors was an accident or murder. It's moving to hear Quinn commemorate her beloved mother's death and cope with her longtime boyfriend's absence. Everything adds up to a warm, witty mystery. S.G.B. © AudioFile 2018, Portland, Maine [Published: MARCH 2018]