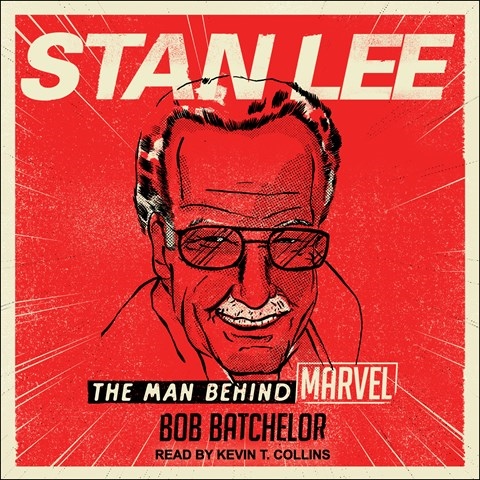 STAN LEE The Man Behind Marvel

Stan Lee--who created Marvel Comics' most famous characters, including Spider-Man, Hulk, and The Avengers--thought his work had little value. His biography reveals his belief that the comics he wrote beginning in 1940 were just junk fiction. He dreamed of writing real novels and of working in Hollywood. Ironically, all that did happen, and it was because of comic books. Narrator Kevin T. Collins does a professional, if unanimated, job narrating the audiobook. His lack of emotion is ironic considering how manic Lee was when he wrote the comics that changed the literary world. Lee would act out his characters, climbing up on his desk and shouting at nonexistent super villains. The audiobook is a fascinating detailed look at the 95-year-old creator, who is still creating new characters and stories. M.S. © AudioFile 2018, Portland, Maine [Published: APRIL 2018]