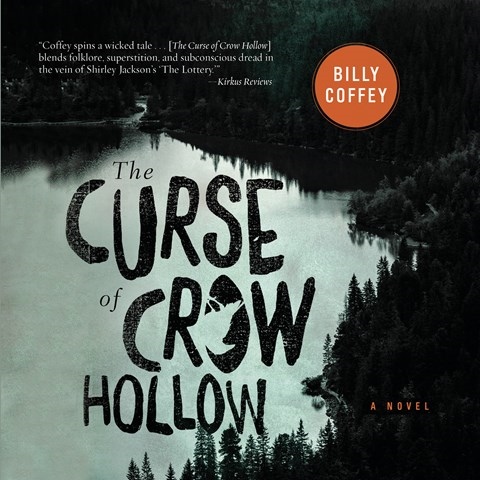 THE CURSE OF CROW HOLLOW

Narrator Gabe Wicks evokes both old-fashioned Appalachian hospitality and barely concealed menace in this suspenseful story. The audiobook's unnamed narrator invites the listener to sit a spell as he slowly unfolds the story of what happens when four teenagers bring the wrath of a supposed witch down on their sleepy town. Wicks paces the story perfectly by maintaining an affable conversational tone while allowing dread to creep in as the people of the town grapple with the possibility of the supernatural and their own moral failings. Though he doesn't differentiate character voices, Wicks gives the listener a good sense of who is speaking. N.M. © AudioFile 2018, Portland, Maine [Published: MARCH 2018]