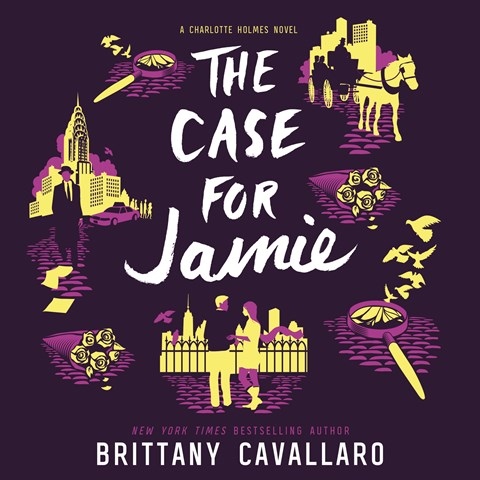 The third book in Cavallaro's series opens a year after Book 2. Graham Halstead and Julia Whelan, as the voices of main characters Charlotte Holmes and Jamie Watson, alternate chapters to recount a story that has little action. Both narrators do a good job of capturing the voices of the estranged, guilt-ridden, and angst-driven teenagers who are trying to come to terms with all that's happened and move on. Graham Halstead, as Jamie, has no trace of the British accent you would expect from someone raised in England but is believable as he obsesses over all the disparate parts of his life, trying to find closure. Julia Whelan gives a much more nuanced performance, employing different accents as Charlotte tries to right all her wrongs. N.E.M. © AudioFile 2018, Portland, Maine [Published: APRIL 2018]