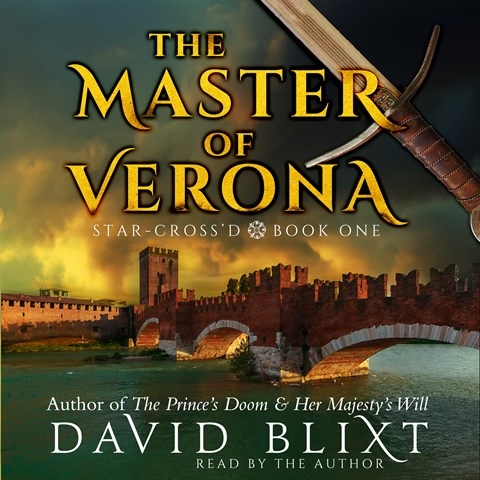 THE MASTER OF VERONA

Narrating his own novel, David Blixt delivers an intricate historical fiction with a modern vibe based on Shakespearean characters as well as historical Italians in the fourteenth century. Blixt does well voicing the youthful protagonists, especially the wide-eyed yet courageous young Pietro Alighieri, who is suddenly thrust into the world of politics and power under the wing of his renowned father, Dante. Blixt's other portrayals, especially those of senior men of influence, are not as richly voiced as they are written. And, with the exception of the violent fight scenes, Blixt's pace is a bit plodding for his sumptuous, well-crafted language and plot. Nevertheless, this is an entertaining preface to the city-wide feud that separated Romeo and Juliet. N.M.C. © AudioFile 2018, Portland, Maine [Published: MARCH 2018]