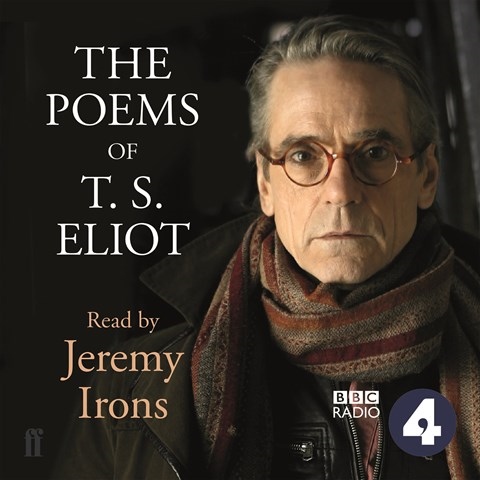 THE POEMS OF T.S. ELIOT

For such a major poet, Eliot left a fairly sparse body of work, and all his mature poems are here. And while many consider him to be a fairly austere modernist, these readings by Jeremy Irons bring out the human passion (and sometimes the intellectual passion) that lurks in the poems. "The Journey of the Magi" is particularly fine, and the notoriously difficult "The Wasteland" (with able assistance from Eileen Atkins on the female voices) reveals some of its structural mysteries. Much of the material here was also recorded by Eliot and, while the poet's interpretations are always valuable, Irons is by far the better, and more accessible, reader. His versions are simply more human, as beautifully crafted as the poems themselves. D.M.H. Winner of AudioFile Earphones Award © AudioFile 2018, Portland, Maine [Published: MARCH 2018]