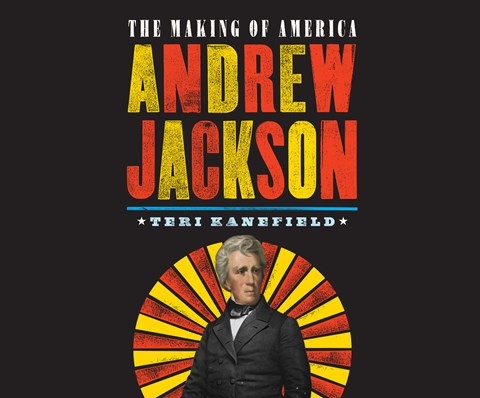 ANDREW JACKSON The Making of America

America's seventh president remains a controversial figure in our country's history. Narrator Pete Cross capably represents the dichotomy inherent in Jackson's personality and beliefs as the author offers a mixed but largely critical view of Jackson, particularly with regard to his inhumane treatment of Indians. Cross delivers a powerful recitation of Jackson's own words, employing pauses and a deliberate tone to add context to Jackson's firmly held beliefs in populist government, the paternal duty of white males, and the need to value honor and loyalty regardless of political cost. In addition, Cross's tender readings of Jackson's letters to his beloved wife offer glimpses of Jackson's lesser-known affectionate side. L.T. © AudioFile 2018, Portland, Maine [Published: MAY 2018]