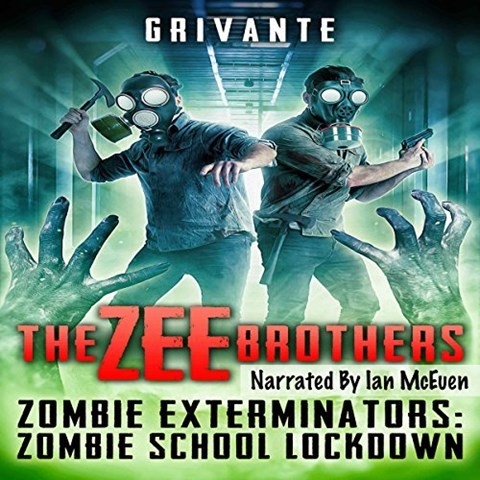 Narrator Ian McEuen repeats his stellar performance in this second episode of the horrors facing two not-so-hapless brothers, their sexy office assistant, her magic pup--and, in this episode, a zombie-infested grade school. There's plenty of shocking gore, often serving as moral comeuppance for the victims, who include the philandering and abusive principal and the school bully. McEuen's pacing puts the listener right into the thick of the bleeding, transmogrifying events and also offers a sweetly cadenced subplot involving the school's genius, a small, bullied black girl. Grivante's writing isn't quite as clever in this episode, so it's good that he has a star narrator to carry off the story. In spite of the school setting, this title is definitely just for adult fans. F.M.R.G. © AudioFile 2018, Portland, Maine [Published: MARCH 2018]