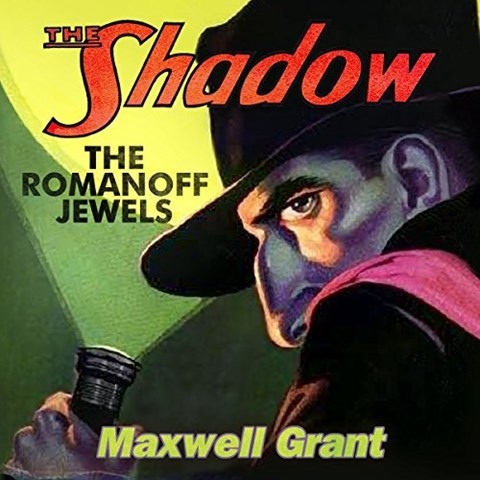 THE ROMANOFF JEWELS The Shadow

The Shadow is hot on the heels of three villains who are plotting to locate the jewels of the Romanoff family and use them to restore the Russian monarchy. This production has all the markings of the old-time radio show from which The Shadow was made famous but lacks much of its charm. As narrator, Richard Ferrone performs in the perfect gritty voice that such pulp fiction has made popular. Sadly, the rest of the cast pales in comparison. The other narrators seem unaware of the context of their characters' dialogue, so their voices often sound as if they're merely reading rather than acting. The sound effects and musical score also suffer from inconsistent execution, making a production that aspires to audio drama fall short. L.E. © AudioFile 2018, Portland, Maine [Published: MAY 2018]