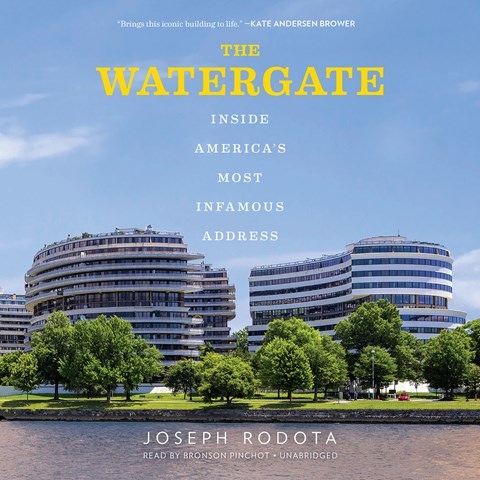 THE WATERGATE Inside America's Most Infamous Address

The Watergate, a multi-building site that includes a hotel, an office building, and an apartment complex, played a role in two presidential impeachment dramas. It was the site of the infamous Democratic headquarters break-in in 1972, and it was home to Monica Lewinsky in 1998. Narrator Bronson Pinchot delivers a low-key reading that lets this heady mixture of Washington gossip, history, and scandal take hold in listeners' minds. The complex, built on a weedy, noisy former industrial site, touched the lives of people like Anna Chennault, Martha Mitchell, and even Elizabeth Taylor. It also became a tourist destination and the genesis of a pistachio pudding shortage created by a "Watergate cake" recipe. Passages about real estate deals and planning hearings can be slow going but are integral to the story. J.A.S. © AudioFile 2018, Portland, Maine [Published: MAY 2018]