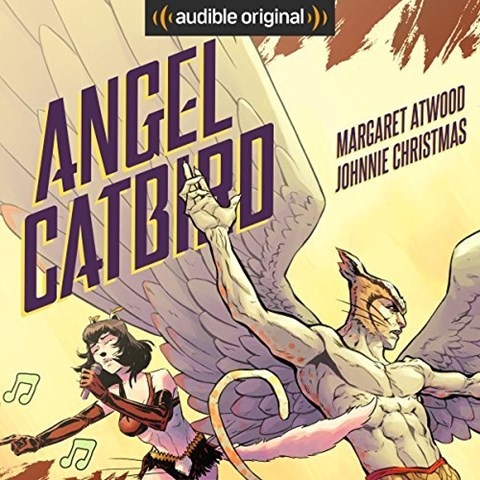 This graphic-novel series turned audio-dramatization series offers a bemusing mix of superheroes, anthropomorphic animals, and science-run-amok tropes. Scientist Strig Feleedus accidently blends his own DNA with that of a cat and a bird while stumbling into a plot hatched by the malevolent Dr. Muroid, a half-man, half-rat scientist who is bent on overrunning the world with his rat-humanoid army. Hokey as the plot may be, Atwood's keen sense of commentary makes the story entertaining and self-mocking--at one point, Dr. Muroid's secret weapon is a giant cat toy meant to distract CatBird. The production entices listeners with strong performances by narrators who ham it up to capture Atwood's satirical tone, while the sound effects and musical score also keep listeners engaged. L.E. © AudioFile 2018, Portland, Maine [Published: MARCH 2018]