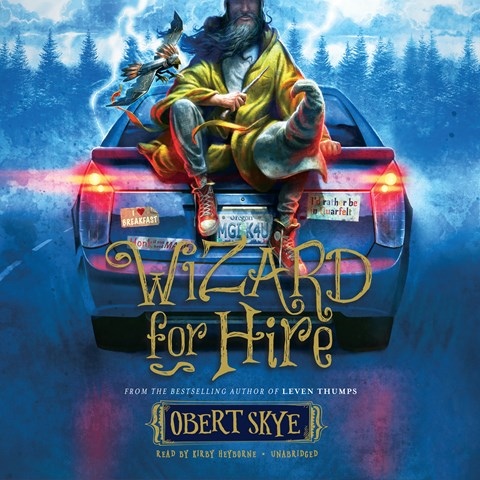 Kirby Heyborne narrates the story of Ozzy, a 14-year-old boy who has lived on his own since he was 7, when his parents were kidnapped. Now, with the help of a wizard whose ad he sees, he thinks he can, maybe, find them. The story follows Ozzy; his robotic-talking raven, Clark; and the self-proclaimed wizard, Rin, on a quest to find the answers Ozzy has been looking for his whole life. Heyborne's narration of Ozzy's tale--along with a hilarious writing style, a clever plot, and engaging characters--will keep listeners hooked until the end. C.G. © AudioFile 2018, Portland, Maine [Published: APRIL 2018]