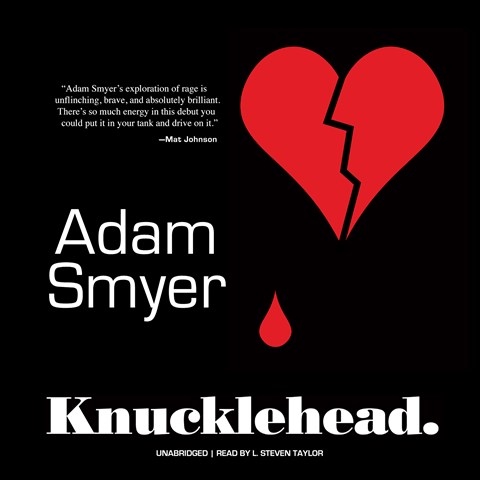 Narrator Steven Taylor's portrayal of the cocky, intelligent Marcus Hayes is arrestingly natural. In the 1990s, Marcus is a young lawyer who is encountering the struggle of being a black attorney in a predominantly white law firm. Also dealing with a love of conflict, he seeks situations in which he can engage in confrontational violence. While he finds solace in his marriage, tragedy befalls his wife, and soon he enters into a toxic relationship that exacerbates his self-destructive tendencies. Events of the time, including the O.J. Simpson trial and the Million Man March, provide listeners perspective on Marcus's life. Taylor matches the rhythm of Smyer's conversational prose and hits all the humorous, shocking, and ultimately touching notes with ease. S.P.C. © AudioFile 2018, Portland, Maine [Published: MAY 2018]