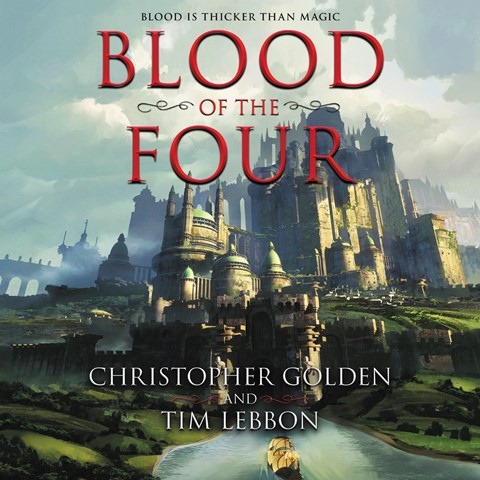 BLOOD OF THE FOUR

Narrator Khristine Hvam infuses this epic fantasy with passionate ambition, reflecting the drive fueling each main character. The Kingdom of Quandis, once ruled by four powerful magicians, now exists in an uneasy peace between their royal descendants and the downtrodden Bajuman caste. Hvam ratchets up the tension as Princess Phedra schemes her way into becoming queen and then breaks the covenant preventing royals from practicing magic. Her narration becomes infused with religious fervor as Quandis's theological structure fractures and a Bajuman boy, Blane, becomes dangerously powerful. Though the plot has a few points where it falters, overall, listeners who enjoy intricate fantasies similar to George R.R. Martin's The Song of Ice and Fire series will relish this stand-alone full of complicated political intrigue. J.M. © AudioFile 2018, Portland, Maine [Published: SEPTEMBER 2018]