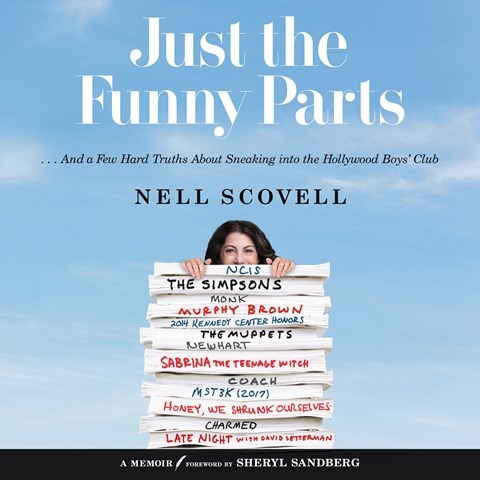 JUST THE FUNNY PARTS ...And a Few Hard Truths About Sneaking Into the Hollywood Boys' Club

Nell Scovell's memoir presents a behind-the-scenes look at television comedy writing in the 1980s and beyond, when Scovell was seeking to establish her career in an industry largely dominated by men. Her friend, actress Amy Hohn, narrates Scovell's story. Hohn channels the author's affable nature as well as her frustration with the Hollywood boys' club. However, Hohn's delivery of some of the jokes seems to lack some of the witty bite intended by the author. Overall, her narration is just a bit too pleasant. Included in the memoir are some clever jokes Scovell wrote that did not make the cut in well-known shows and speeches as well as anecdotes of her encounters with various famous folks in Hollywood, New York, and other places. S.E.G. © AudioFile 2018, Portland, Maine [Published: MAY 2018]