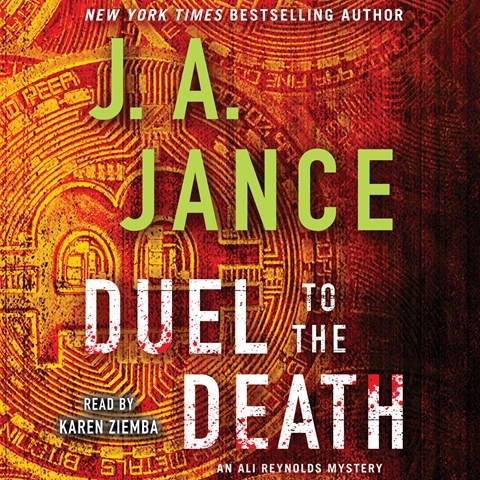 An autistic software genius named Stuart and a self-directed AI named Frigg are once again at the center of an Ali Reynolds mystery. Narrator Karen Ziemba portrays Stuart's initially clumsy social skills and growing confidence, and rises to the challenge of voicing the AI with a robotic-sounding voice that isn't over the top. She does best at portraying Ali, who marshals her team at High Noon Enterprises, a cybersecurity firm, to resolve the chaos created by Frigg. A power-hungry South American drug cartel leader named Garciella is effectively voiced by Ziemba, who captures the ruthlessness hiding behind his meek exterior as he attempts to commandeer Frigg for his own ends. N.M.C. © AudioFile 2018, Portland, Maine [Published: MAY 2018]