Home»Reviews»WHO IS THE BLACK PANTHER? 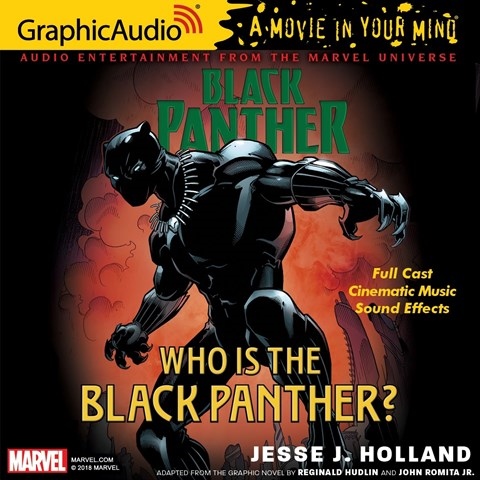 WHO IS THE BLACK PANTHER? Marvel

by Jesse J. Holland | Read by Ken Jackson and a Full Cast

The GraphicAudio people outdid themselves with this story of T'Challa, the Black Panther, ruler of the hidden African nation of Wakanda. Narrator Ken Jackson knows how to build suspense, as does the rest of the cast, especially Zeke Alton, who plays the role of T’Challa with just the right touch of heroism and imperious attitude. The special effects are fantastic, but the real stars are the fleshed-out villains. A hero is only as good as his adversaries. The audiobook gives character to C-list villains like Batroc the Leaper, a French mercenary; the beastly Rhino; and the Christian warrior known as The Black Knight. The action is tense, the characters real, and the story unforgettable. If you liked the movie, you'll love this. M.S. 2018 Best Audiobook © AudioFile 2018, Portland, Maine [Published: APRIL 2018]