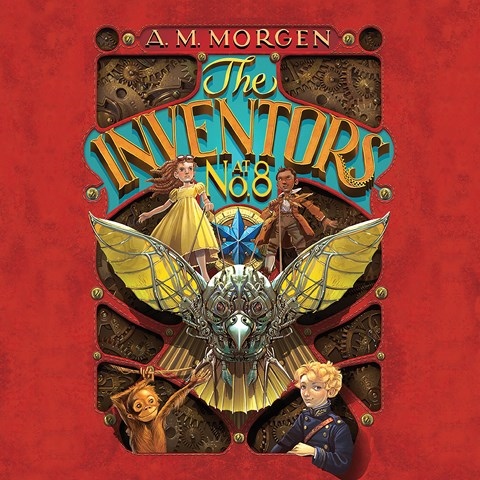 THE INVENTORS AT NO. 8

This steampunk novel melds history and a mystery-packed adventure. Polly Lee energetically narrates the story of George, the third Lord of Devonshire, who believes he has bad luck because he is an orphan. It seems like anyone he gets close to dies. When his priceless family heirloom, a map to the hidden gemstone called the Star of Victory, is stolen, he is joined by a young inventor named Ada Byron, a boy named Oscar, and his orangutan. The story follows the young explorers as they traverse multiple continents in search of the missing map. As Lee captures the suspense in her narration, young and older listeners alike will be intrigued by this high-action story. C.G. © AudioFile 2018, Portland, Maine [Published: JULY 2018]