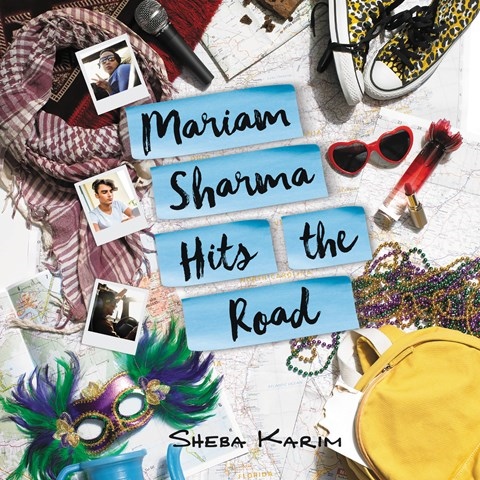 Soneela Nankani narrates this weighty take on the classic road trip story. Mariam has just realized that her father's abandonment when she was 2 has left her with an intense fear of commitment. Nankani portrays her with an emotional resonance that is consistent with her introspective personality. Mariam's BFFs have distinct voices as well: Playful Ghaz sounds perpetually ready for a party, while Umar's hesitant voice hints at his fear of coming out to his devout Muslim family. On occasion, the story misses the mark with minor characters who are depicted as one-dimensional stereotypes. Nonetheless, it's profound at times, particularly in its portrayal of the complex emotions of a survivor of childhood sexual abuse. S.P. © AudioFile 2018, Portland, Maine [Published: SEPTEMBER 2018]