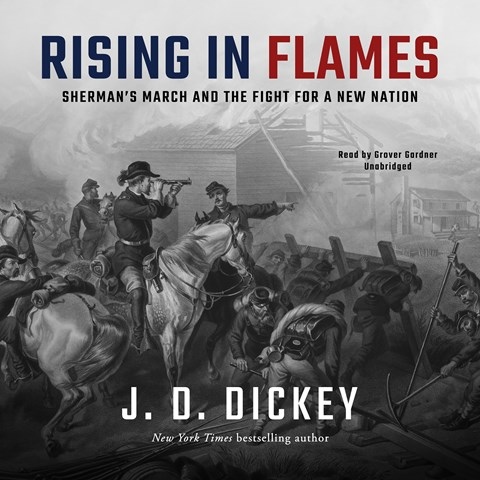 Grover Gardner narrates this account of Sherman's March to the Sea with his usual excellence. The audiobook emphasizes the social impact of this 1864 event as much as it does the military aspects of the campaign. Listeners follow detailed accounts of the lives of several Union participants. Major General John Logan and Mother Bickerdyke serve as notable examples of certain social attitudes brought about by the Civil War. They also to show how the culture of what was then "the West" was different from that of the country east of the Alleghenies. Gardner's confident delivery, easy pace, and subtle inflection make for a near-perfect match of text and voice. M.T.F. © AudioFile 2018, Portland, Maine [Published: SEPTEMBER 2018]