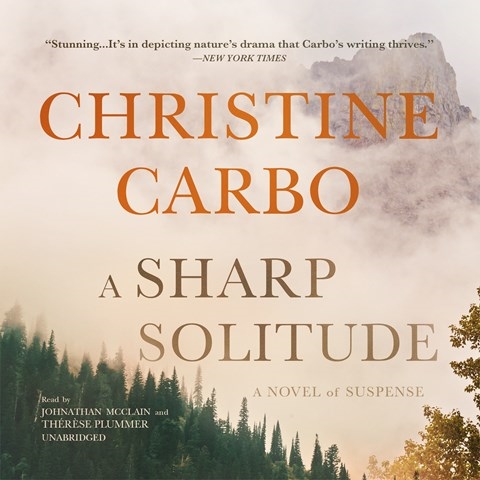 Narrating parallel first-person storylines, Johnathan McClain and Therese Plummer build the suspense of this multilayered murder mystery. Journalist Anne Marie Johnson comes to Montana for a story about Reeve Landon's scientific research. A romantic spark ignites between them--right before Johnson's suspicious death. Landon is the prime suspect, and his only ally is FBI agent Ali Paige, who happens to be his ex and the mother of his child. Reflecting his character's self-imposed solitary lifestyle, McClain's performance is marked by his lower register and his reluctant-sounding pacing. Plummer is especially good at voicing 5-year-old Emily, effortlessly moving from delight to impetuousness and back. Both narrators are adept at shifting between a variety of characters as the story unfolds. A.S. © AudioFile 2018, Portland, Maine [Published: OCTOBER 2018]