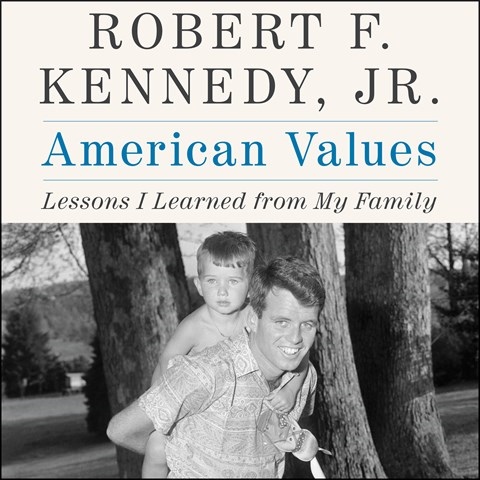 AMERICAN VALUES Lessons I Learned from My Family

Narrator Stephen Graybill doesn't deliver Robert F. Kennedy, Jr.'s, story of growing up in a political family with a Boston accent, but the author's personality manages to show through. Graybill creates a feeling of Hyannisport as paradise as Kennedy recalls how he grew up with an appreciation of nature even as government figures and celebrities visited regularly. He tells the story of a visit by Green Berets with childlike glee. Most of Kennedy's family is mentioned, but he concentrates on his uncle, President John F. Kennedy, and his father, a senator and attorney general. His pride comes through as he talks about their positions on Vietnam, civil rights, nuclear tests, and the Mafia. Kennedy avoids family gossip, but he's candid about his own drug use and once-icy relationship with his mother. J.A.S. © AudioFile 2019, Portland, Maine [Published: JANUARY 2019]