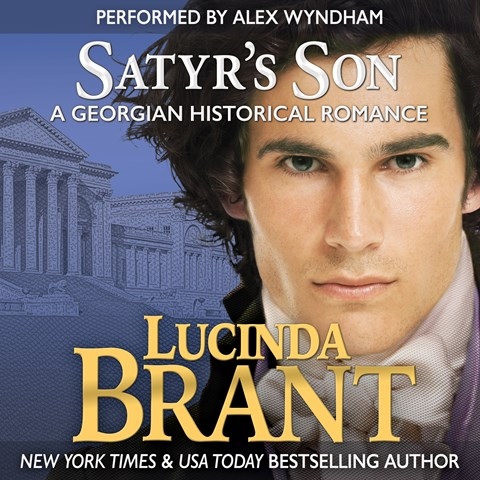 Handsome as a Greek god and with a voice to match, Lord Henri-Antoine turns the head of every woman who sees him. An orphan with nothing of her own, Miss Lisa Crisp depends on the charity of family to keep a roof over her head. When circumstances unexpectedly bring the two together on multiple occasions, they cannot deny the sparks igniting between them. Alex Wyndham, who has also narrated the previous four books in this series, gives a performance that varies between splendid and, more frequently, an over-the-top intensity that doesn't fit the text. The breathy quality throughout several sections brings to mind a speaker wearing a corset that is too tight. Fun, but not fantastic. A.L.S.M. © AudioFile 2018, Portland, Maine [Published: APRIL 2018]