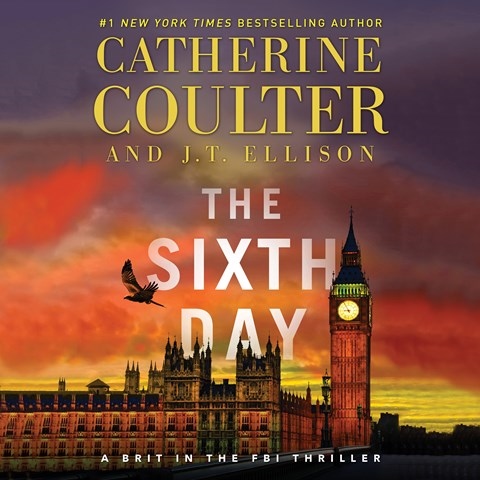 THE SIXTH DAY A Brit in the FBI, Book 5

In Book 5 of the fast-paced Brit in the FBI series, listeners follow Special Agents Nicholas Drummond and Michaela Caine as they track a serial killer. The villain's modus operandi mimics that of Dracula. They're also hunting for the killer of several important political figures. Could the murderers be one and the same? MacLeod Andrews and Renee Raudman alternate the narration. Andrews portrays Agent Drummond with a smooth, sexy voice and hits just the right Romanian-sounding notes for the mysterious genius Roman Ardelean. Raudman perfectly captures the sexy, gun-toting Agent Caine, along with the voices of the various female English characters in this thriller. A.C.P. © AudioFile 2018, Portland, Maine [Published: MAY 2018]