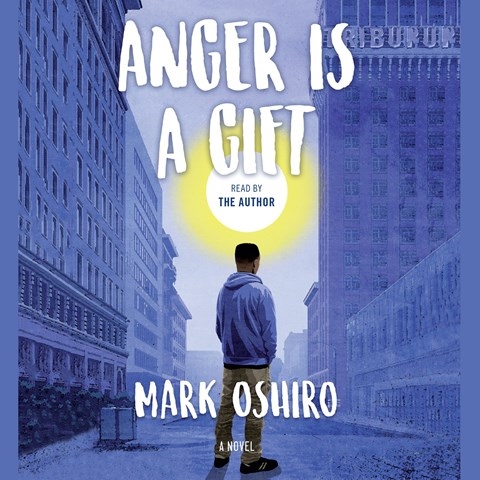 ANGER IS A GIFT

Author Mark Oshiro, writer of the online universe Mark Does Stuff, narrates his powerful debut audiobook. The new school year has just begun, and the administration at West Oakland High has started treating Moss and his classmates like criminals. When the implementation of random locker searches and high-powered metal detectors leads to two students getting injured, Moss and his community organize a peaceful walkout in protest. A more professional-sounding narrator could have brought this audiobook to life by varying the voices of the delightfully diverse characters. Sadly, Oshiro's narration falls flat. Inconsistencies--such as changing the pronunciation of a character's name halfway through the audiobook-- could have been avoided to allow the story to shine. S.P. © AudioFile 2018, Portland, Maine [Published: JUNE 2018]