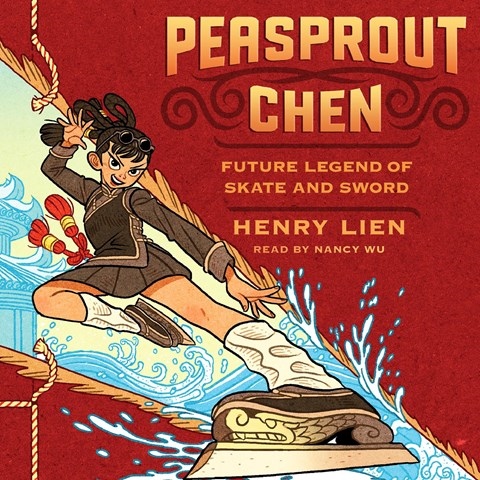 With dazzling versatility, narrator Nancy Wu immerses listeners in this complex East Asian-inspired fantasy about a martial arts legend in the making. As a goodwill gesture from their home country of Shin, Peasprout Chen and her brother have been sent to study wu liu (a hybrid of figure skating and martial arts) at Pearl Famous Academy of Skate and Sword. Though eager to prove herself as a skater, Peasprout is unprepared for the prejudice and political tension she encounters in Pearl. Wu's narration captures Peasprout's every nuance--hubristic yet vulnerable, snarky yet sincere--alongside character voices that range from subtly accented to all-out caricature. Peppered with breathless wu liu action and bookended by original music, this memorable performance will leave listeners hoping for a sequel. R.A.H. Winner of AudioFile Earphones Award © AudioFile 2018, Portland, Maine [Published: SEPTEMBER 2018]