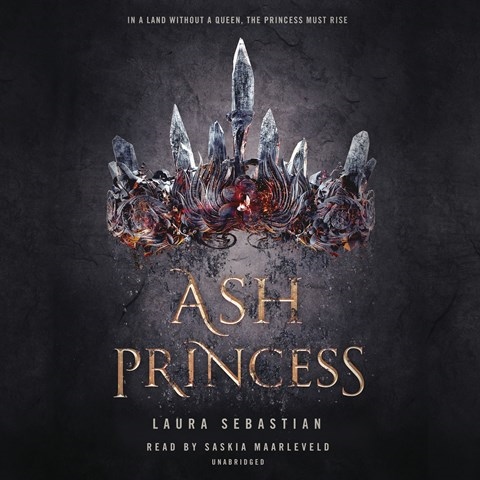 Saskia Maarleveld narrates this epic fantasy of conquest and revenge with just the right sense of grandeur. Theodosia, princess of Astrea, has been a captive since the Kalovaxians overran her country and murdered her mother. Though she appears broken and submissive, Theo is on the lookout for an opportunity to strike back. Maarleveld does a masterful job with Theo, who is by turns clever, charming, paralyzed by fear, and full of rage. The interplay of these feelings is enhanced by a narration that turns on a dime as the story dictates. She also creates a whole range of consistent accents to represent the people of many kingdoms who inhabit this elaborately constructed world. N.M. © AudioFile 2018, Portland, Maine [Published: JULY 2018]