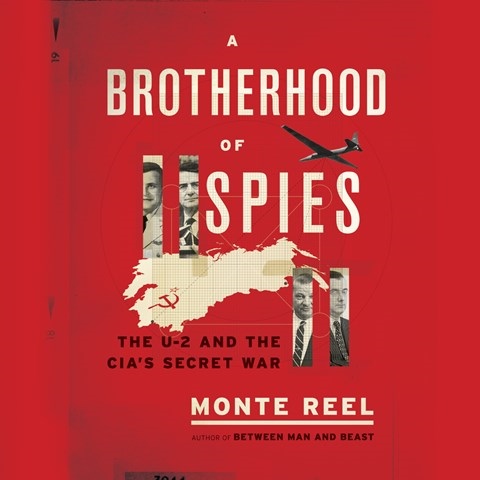 Unlike many audiobooks that chronicle an era of history and get mired in details, Monte Reel's superb behind-the-scenes chronicle of the history of the CIA, the U-2 spy plane, and the saga of Francis Gary Powers reads like a thriller. The book succeeds in audio because of narrator Paul Michael's use of varying deliveries--from a staccato newsreel style for the various historical moments to an intense tone with authentic-sounding Russian accents during the story of Powers, the U-2 pilot shot down over the Soviet Union who was tried and jailed for his actions. While the audiobook focuses on Powers, its most memorable character, and Michael's most defined voice, is Edwin Land, the founder of Polaroid, without whose efforts the CIA might not exist. D.J.S. Winner of AudioFile Earphones Award © AudioFile 2018, Portland, Maine [Published: AUGUST 2018]