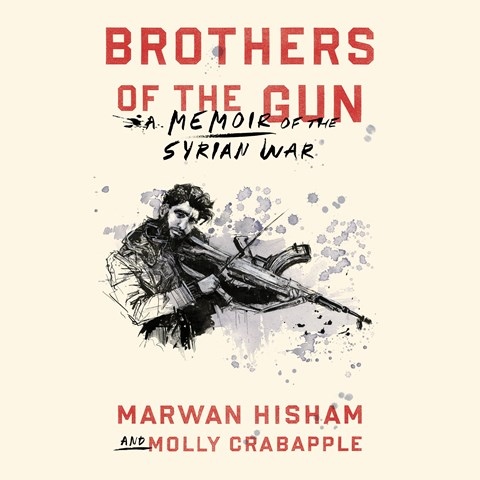 BROTHERS OF THE GUN A Memoir of the Syrian War

Syrian freelance journalist Marwan Hisham's gritty memoir of the war in Syria gives a human voice to a conflict that few in the West understand. Narrator Peter Ganim gives a fitting voice to the author. He speaks several languages, including Arabic, and sounds comfortable with the proper names in this intimate story. His delivery is warm and playful when called for but also reflects the frustration and horror the author experiences as he carves out a career as a journalist under constant threat of arrest, torture, and execution. While the print version of this memoir is enhanced by powerful artwork by Molly Crabapple, this well-narrated audio version allows listeners to conjure their own images of Hisham's struggles and triumphs. D.B. © AudioFile 2018, Portland, Maine [Published: NOVEMBER 2018]