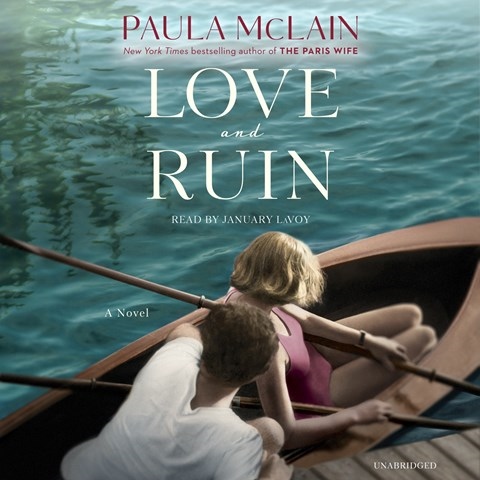 Fans of THE PARIS WIFE will embrace McLain's imagining of Ernest Hemingway's romantic life, based on extensive primary sources. Narrator January LaVoy does a fine job of creating the fictional voice of Martha Gellhorn, a journalist and novelist in her own right who became Hemingway's third wife. LaVoy's performance can be richly enthusiastic as she captures the settings of Gellhorn's work--from war-torn battlefronts to the idyllic Cuban countryside and America's Midwest. Sometimes the dialogue seems stilted, with Hemingway's voice sounding too theatrical; other times, the action slows unnecessarily only to skim over significant questions. These flaws, though, don't detract significantly from the fascination the love story inspires. This audiobook will appeal to any listener eager to be transported. L.B.F. © AudioFile 2018, Portland, Maine [Published: JULY 2018]