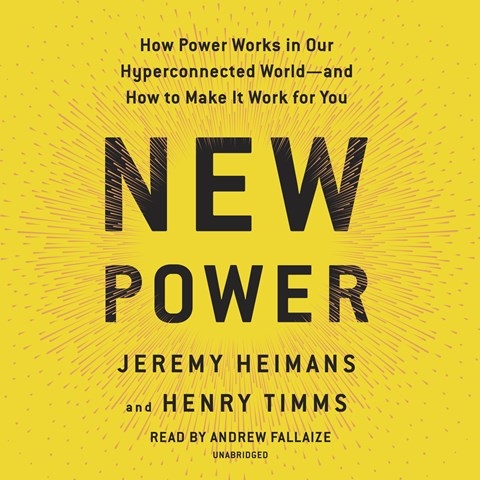 Narrating this timely guide to new-age and old-world paradigms for social change, Andrew Fallaize provides a pitch-perfect performance with its own blend of new and old. As he reads with an effective Australian accent, you can hear his British theater roots alongside his youthful enthusiasm for the power revolution going on today. The authors, both activists, point to a variety of realms to explain old and new influence, such as the differences between the top-down communication of print newspapers and the reciprocal exchanges common to online news outlets like BuzzFeed. With examples of viral movements like Black Lives Matter and the unlikely groundswell of new voters who elected our last two presidents, this audio is a timely lesson on how to use all forms of collective influence when effecting social change. T.W. © AudioFile 2018, Portland, Maine [Published: APRIL 2018]