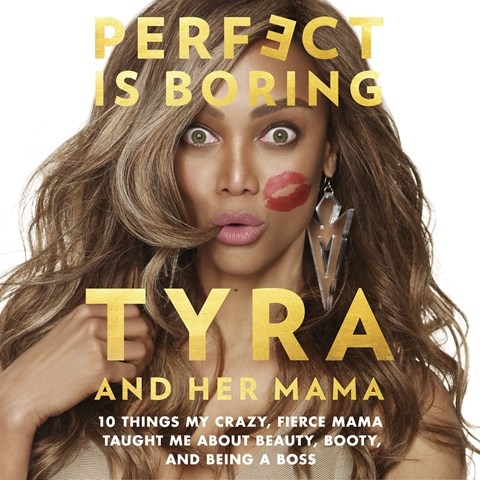 PERFECT IS BORING 10 Things My Crazy, Fierce Mama Taught Me About Beauty, Booty, and Being a Boss

Once known for her performances on the catwalk, former supermodel and talk show host Tyra Banks brings the full force of her sassy style to bear in her new role as narrator of her audiobook. Banks is now known to the younger generation for her role on the reality show "America's Next Top Model." Fans of the show will recognize their favorite parts of the television show host's over-the-top personality in this performance. Adding to the hilarious nature of Banks's delivery are her mother's cameos, scattered throughout the chapters. Together, they give us the all-access behind-the-scenes tour we've always wanted from a celebrity. You will be laughing your way through the ups and downs of Banks's journey to stardom. M.R. © AudioFile 2018, Portland, Maine [Published: MAY 2018]