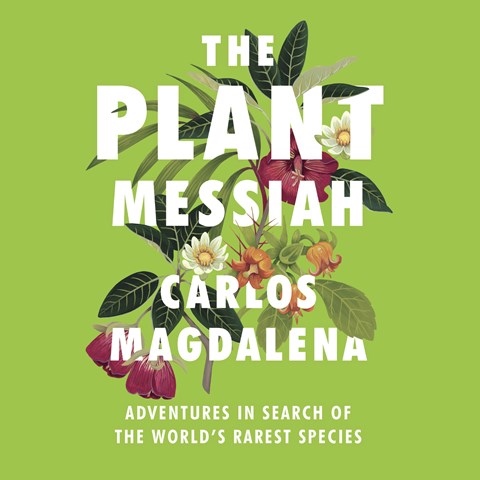 THE PLANT MESSIAH Adventures in Search of the World's Rarest Species

Narrator Roy McMillan puts passion into Carlos Magdalena's vows not to let endangered plants become extinct on his watch. Magdalena's love of plants was instilled in him by his mother in Spain. It played a role in his early jobs, whether he worked as a sommelier or a bird counter. Now his work for Kew Botanical Gardens in England gives him the chance to teach others how to conserve nature. As McMillan captures Magdalen's fascination with plants, listeners will share his thrills, such as the discovery of a patch of water lilies, and his frustrations, such as finding an envelope of rare seeds empty. Magdalena's stories open the world of plants and Kew for listeners. J.A.S. © AudioFile 2018, Portland, Maine [Published: JULY 2018]