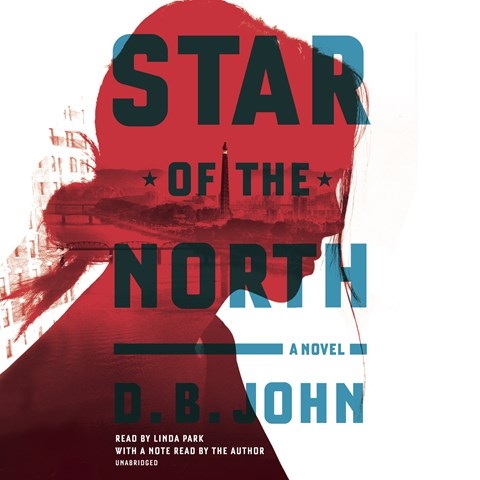 STAR OF THE NORTH

John's geopolitical thriller, set in 2010, weaves converging narratives on the 1998 disappearance of a biracial Korean-American teenager in South Korea. Narrator Linda Park's nuanced portrayals of Georgetown University professor Jenna, Pyeongyang party member Colonel Cho, and North Korean work camp laborer Mrs. Moon, along with her clear pronunciation of Korean words, send listeners into the heart of this complex drama. Their characters' paths intertwine when Jenna is recruited for a CIA mission involving North Korea. Park intensifies her pace and tone as the trio plunge deeper into high-stakes intrigue, which alternates between action sequences and suspense. Park reveals the characters' emotional depths as the plot moves to an exciting conclusion. In an afterword, the author discusses the inspiration for this novel. J.R.T. © AudioFile 2018, Portland, Maine [Published: AUGUST 2018]