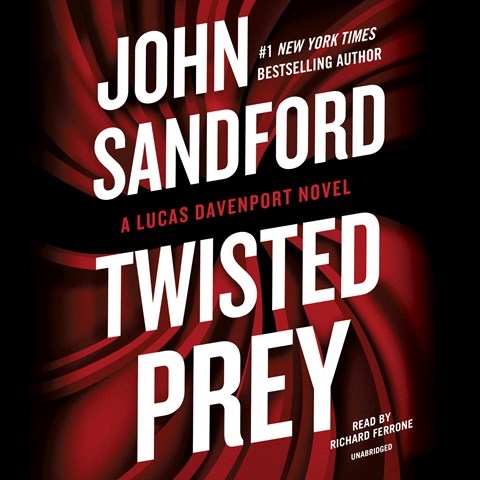 Lucas Davenport, formerly an investigator for Minnesota's Bureau of Criminal Apprehension, is now working to find his place in the U.S. Marshals Service. Narrator Richard Ferrone's gravelly voice is well suited for Davenport, who is called in to investigate an attempted assassination of a U.S. Senator. The probe leads him back to an old nemesis--Taryn Grant, a psychopath who has murdered her way into the U.S. Senate and now has her eyes on the White House. When the case turns violent, Davenport calls in his marshal buddies, Bob and Rae. While Ferrone captures Davenport to a tee, his voice is less effective for the female characters. No matter, his tempo is perfectly in tune with Sandford's driving pace. The result is just what a listener would want from an audiobook. E.Q. © AudioFile 2018, Portland, Maine [Published: JUNE 2018]