Home»Reviews»THE WORLD OF ALL SOULS 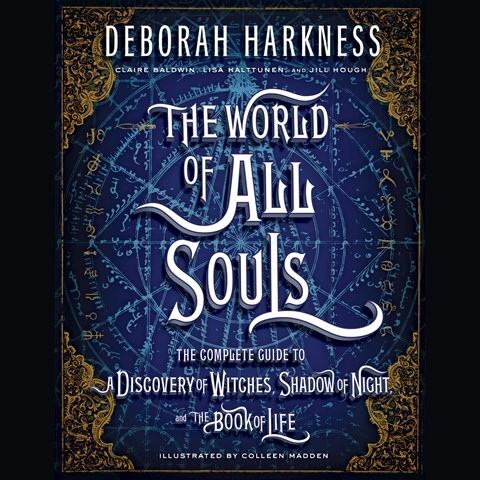 THE WORLD OF ALL SOULS The Complete Guide to A Discovery of Witches, Shadow of Night, and The Book of Life

The author and an ensemble of narrators guide listeners through the phantasmic world of Harkness's bestselling All Souls trilogy. Harkness is an academic historian whose expertise informs her imagined saga of witches, vampires, demons, and humans coexisting in contemporary and Elizabethan times. The lengthy interview with Harkness at the beginning is informative and genial. Thereafter, the world of each character is revealed through story synopses that also explore the importance of their settings and clarify details of magic and alchemy. The musical interludes and the bell chime that announce transitions add to the dark atmosphere of this audiobook. The use of multiple narrators creates intrigue and a sense of timelessness, especially Steve West's delivery of poems and prose. T.E.C. © AudioFile 2018, Portland, Maine [Published: AUGUST 2018]