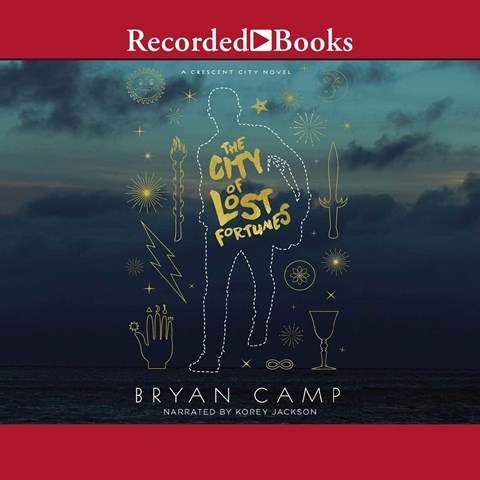 Korey Jackson masterfully narrates an urban fantasy debut. Jude Dubuisson lives in New Orleans, a city lousy with gods, demigods, and supernatural beings of all kinds. Jude's fortune takes several unexpected turns after he attends a poker game with three of those beings. While Jackson portrays Jude as charming but world-weary, it is clear that he knows how to hustle and would make a passable con man. This complexity of his character reflects the complexity of the story, and Jackson adroitly keeps the two balanced so that listener interest and anticipation are always maintained. Just as important a character as Jude is the city of New Orleans itself, and Jackson paints such a vivid portrait that one can almost see the French Quarter, smell chicory coffee brewing, and hear cicadas drone. K.M.P. Winner of AudioFile Earphones Award © AudioFile 2018, Portland, Maine [Published: AUGUST 2018]